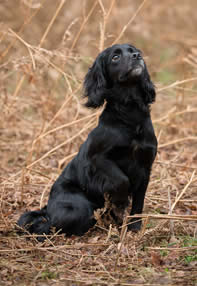 Heolybwlch Best Mate (Dottie) displays outstanding natural hunting ability. Her enthusiasm and drive makes her appealing to watch. Dottie is a kind natured bitch who has been trained and handled by both Gareth and Leanne. She has produced two litters of pups to date, being mated to FTChMisselchalke Frantic and FtchChewekyBoveril. Both litters have produced promising pups, She has won one open stake, narrowly missing out on becoming a champion Running off for first place the day before winning, we hope to make her a Champion in 2018/19 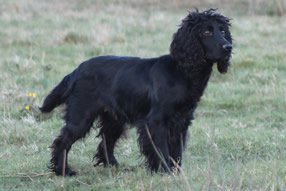 Heolybwlch Red Rum (Jackie) was purchased back from Cyril Gwynne at ten months where she showed great potential and trainability, Leanne won the second novice trial with her and although Gareth and Leanne have both run her in trials she excels when Leanne is in the driving seat. An outstanding marker and absolutely fantastic on runners, she is another hopeful for the 2018/19 season. She narrowly missed an open win in 2017/18 coming second to sister Best Mate. She has also had two litters to FTCH Mallowdale Zander and FTChCroimhor Turn of Poolgreen who are all showing promising signs