Heolybwlch Denman (Darren) showed real potential from a young age. He was very easy to train with terrific drive, very hard in cover with a beautiful cocker action. He is producing pups with great potential and we are sure he will leave a legacy to follow in his footsteps. He won his first novice stake and was made into a champion within 9 trials. Denman has shown outstanding consistency throughout his trial career. He is fully health tested. 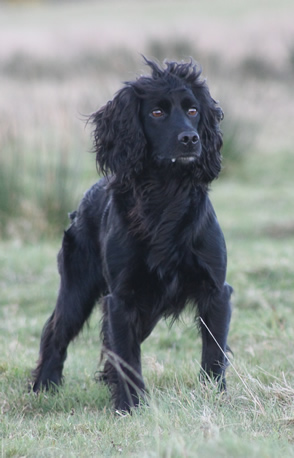 In the British Cocker Spaniel Championships  at Sandringham he was placed 2nd which made Heolybwlch Denman the top placed dog.